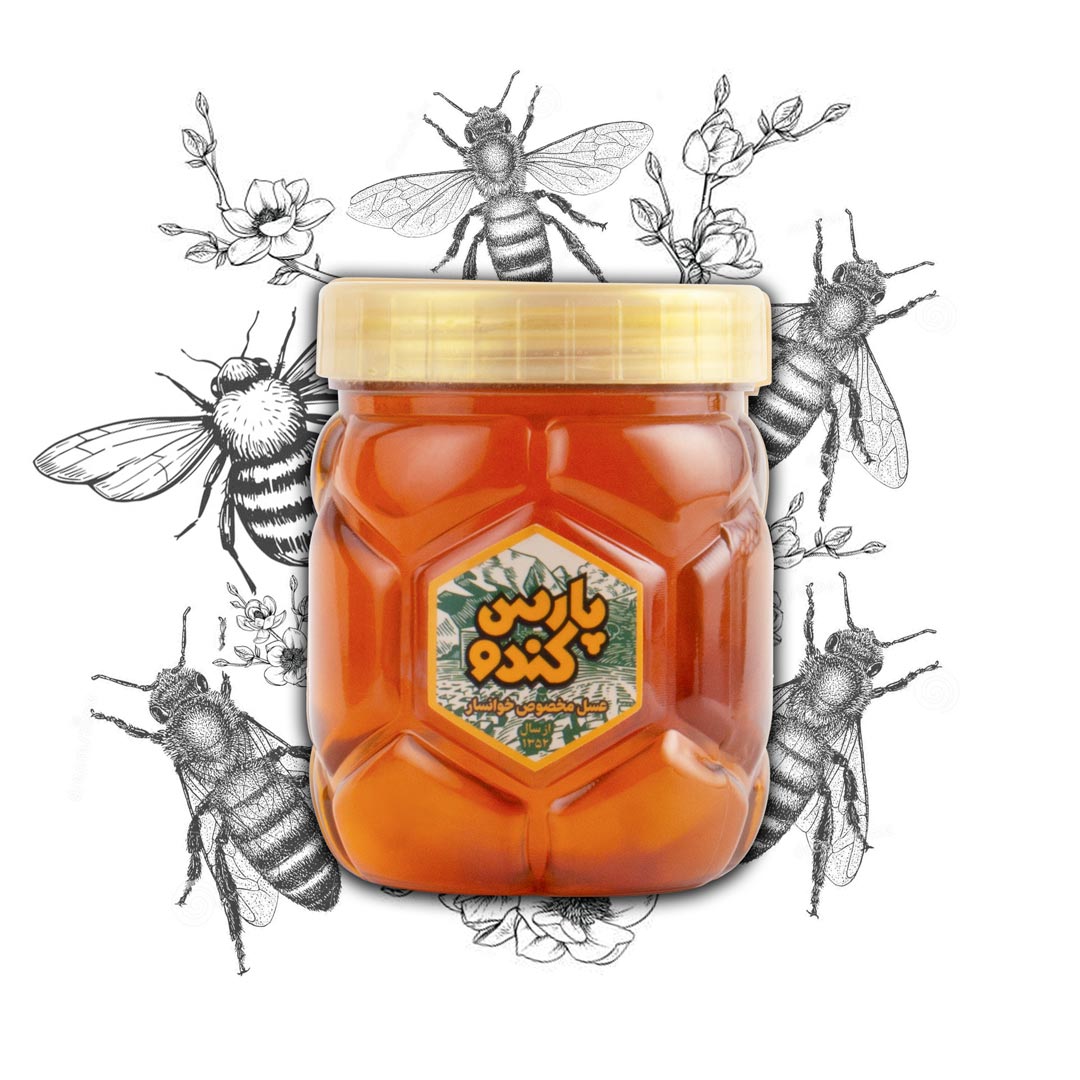 More than 16,000 species of bees in seven different biological families are known around the world, one of which is the honey bee. In this article, we present 15 interesting points about bees.

Honey bees are divided into three categories according to their species in the hive, which include queen bees, worker bees, and male bees. Each of these bees has different tasks and roles for the cycle and continuation of their life.

A queen rules the entire hive. Her job is to lay eggs that produce the next generation of bees in the hive. The queen also produces chemicals that direct the behavior of other bees.

These are all female and their role is to provide food (pollen and flower nectar), build and protect the hive, clean and circulate air by beating their wings. Workers are the only bees that fly mostly outside the hive.

Another type of honey bee is the male bee, which is wider at the end of the body and has longer hairs, and there are up to 3000 male bees in the hive. While it has no role in advancing the work of the hive. They do nothing and are very gluttonous. Around the beginning of November, the workers kill the males one day and throw their carcasses outside the hive and in front of the flight platform, in order to save the winter honey consumption, and this act is called male killing.
Of course, in the spring, male bees are born again. Some researchers believe that male bees have a special hormonal smell that has a stimulating effect on the queen's egg-laying system. That is, the presence of males in the hive indirectly increases egg laying and the population of the hive. Mating occurs when the queen has stopped laying eggs.

They produce honey in the winter as food storage for the hive. Luckily for us, these efficient little workers produce 2-3 times more honey than they need, so we get to enjoy it too!

Honey bee wings flap 11,400 times per minute, or 200 times per second, thus creating their distinctive buzzing sound. They fly at a speed of about 25 kilometers per hour. To produce one kilogram of honey, the bee must fly 135,000 kilometers, three times around the entire globe.

Unfortunately, over the past 15 years, honey bee colonies have been disappearing, and the reason remains unknown. Called "colony collapse disorder," billions of honey bees around the world leave their hives and never return. In some areas, up to 90% of honey bees have disappeared!

Honey bees have 170 taste receptors, compared to 62 in fruit flies and 79 in mosquitoes. Their exceptional olfactory abilities include language recognition signals, social communication within the hive, and scent detection to find food. Their sense of smell is so precise that they can distinguish hundreds of different types of flowers and have the ability to detect a single pollen or nectar from a distance.

The language of bees

Bees use a complex and symbolic language to communicate with each other.
After early mammals, honeybees have the most complex symbolic language on the planet. These insects have more than one million neurons (nerve cells) in their brain and use a large number of them to communicate with each other. Worker bees have different tasks during their life. After finding suitable flowers, some bees return to the hive and share detailed information about their findings with other bees. They communicate this information to other members of the hive through a complex dance.
Karl von Frisch, a professor of zoology in Munich, Germany, spent 50 years of his life researching the language of bees, and in 1973 he won the Nobel Prize for his amazing research results on bee dance. In addition to dancing, bees also use a variety of olfactory signals produced by secreted pheromones to communicate.

Some interesting facts about bees